Breaking down communication barriers in youth detention – the real difference “speechies” can make! 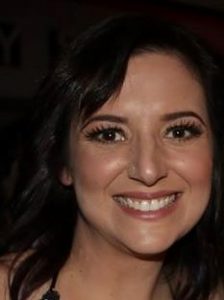 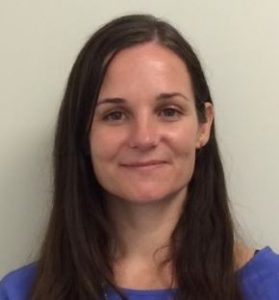 It is estimated 90% of young people in the Adelaide Youth Training Centre (AYTC) are at risk of having a language difficulty*. A language difficulty is when a person has trouble understanding what is being said to them and is unable to express themselves clearly through their words, sentences and stories. And the effects of such a difficulty can be devastating.

“A person ‘at risk’ of having a language difficulty means if they underwent further detailed assessment, it is quite possible they would be diagnosed as having a language disorder,” according to Senior Speech Pathologist with DHS’s Youth Justice Division, Melissa Saliba.

“When a person cannot communicate and process language well, they can become frustrated, and if they are not supported or their needs are not met, it can result in the downward spiral of disengaging from school and making poor decisions,” Melissa said.

“A lot of young people don’t know they have a language difficulty and have just ‘survived’. They are also very good at hiding their issues,” Larissa said.

“For others who do know they have difficulties, they often don’t have the necessary supports and opportunities to overcome them. Quite often the first time a young person receives support is once they have been detained at the centre.”

Both Melissa and Larissa have been working alongside the psychologists and occupational therapist who work with the young people, to piece together a young person’s needs and identify what support they need.

“Rather than seeing a young person as misbehaving, we explore the underlining reason for their behaviour and identify what support they might need,” Melissa said.

“Once we have assessed what their communication needs are, we will work with the young person, in the visitor centre, the unit or their classroom, to identify ways to help overcome some of their communication difficulties,” Melissa said. “We aim to work towards a focussed goal – for example, meeting new people.”

“Young people are keen to hear the results of their individual assessment. Knowing they have a language difficulty helps things make sense for them,” Larissa said. “After a session they often ask when we will be back, so our engagement seems to be making an impact.”

The role of the AYTC’s speech pathologists doesn’t just include working with young people. The speech pathology team also works directly with AYTC staff and service providers (both in and outside the centre) who work with the young people, to help them communicate in a way that is accessible and can be understood.

“It can be as simple as adjusting the way they communicate, like by adding more visual context, simplifying their language and checking in with the young person to ask if they understand what is being said,” Melissa said.

Since their time within the centre, both Larissa and Melissa have noticed staff becoming more adept at noticing the signs of language difficulties and have changed the way they communicate with the young people.

In the future, the speech pathology team hopes to review the written policies and consent forms given to residents to ensure they can fully understand their rights and responsibilities while in the centre.

Due to the current COVID-19 restrictions, the speech pathology team – along with AYTC’s other allied health services – is continuing to provide services to the young people via phone. Work is currently underway by the AYTC and the Department for Human Services to obtain the equipment needed to provide these services via video calls.

You can see just what a difference targeted speech pathology made for a particular young person in the NSW youth justice system in this inspiring video.

Here are some signs that a young person has communication difficulties:

What can you do if you suspect a young person has a communication difficulty?

*This 90% figure is based on results from a language screening assessment undertaken as part of the 2019 AYTC screening project to assess the needs of the young people and look at what services they may need.