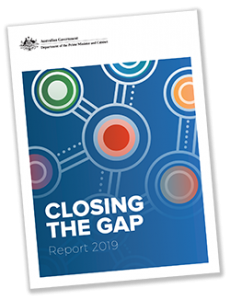 More than a decade on from the original report, the 2019 Closing the Gap report shows only two of the seven original targets are on track to be met.

Important targets around education, health and employment have expired before they were met, while other targets to halve the gap in life expectancy remain off track.

These shortfalls perpetuate Aboriginal disadvantage and contribute directly and indirectly to the high proportion of Aboriginal children and young people coming into state care and coming into contact with the youth justice system.

The target to see 95 per cent of all Indigenous four year olds enrolled in early education by 2025 is on track to be met. In 2017, South Australia had education enrolments about the 95 per cent benchmark with universal enrolments.

What’s remains to be done?

A number of the original targets expired last year, on the tenth anniversary of Closing the Gap. These included a target to halve the gap in child mortality. While the rate has declined by 10 per cent since 2008, the gap has widened because the non-Indigenous rate has declined faster.

Large gaps remain between the life expectancy of Indigenous and non-Indigenous Australians. The target to close the gap within a generation, by 2031, is also not on track to be met.

Targets to halve the gap in employment outcomes between Indigenous and non-Indigenous Australians within a decade have not been met. The gap has not only not narrowed, but it has widened.

After 11 years of Closing the Gap significant gaps remain. Ambitious targets were set but many observers have noted that the failure to work closely with the Aboriginal and Torres Strait Islander community and to make the necessary structural, systemic changes have led to a largely disappointing result.

Last year, the council of Australian Governments (COAG) developed Closing the Gap Refresh. It commits the Commonwealth Government to creating a partnership with Aboriginal and Torres Strait Islander representatives to ensure the next phase is driven by principles of empowerment and self-determination.

Indigenous advocates have pushed for new targets to address the over-representation of Aboriginal and Torres Strait Islander young people in out-of-home care.

In South Australia, Aboriginal and Torres Strait Islander children and young people are seven times more likely to be in care than the same age group in the general population and Draft Closing the Gap Refresh Targets mandate targets that will see significant and sustained program to eliminate the over-representation of Aboriginal children in out-of-home care.

Aboriginal and Torres Strait Islander young people are still over-represented in the justice system, making up more than 50 per cent of young Australians in detention. Another state led target is to reduce the rate of young people in detention by 11 to 19 per cent by 2028.

Under the new framework, different levels of government are held accountable and responsible for different priorities. State and territory governments will also be required to make annual reports on its Closing the Gap strategies and progress.

There is still much of the new strategy that is uncertain as federal, state and territory governments finalise the draft targets and develop appropriate responses. For example, South Australian government released its Aboriginal education strategy late last year to increase outcomes for Aboriginal students but it remains to be seen how it will work to meet these targets to close the gap of young people in out-of-home care and youth justice.