New comic is on the way 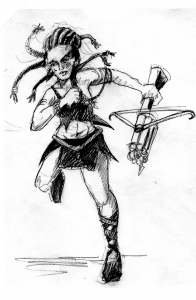 You want a recipe for some serious fun?

Try creating a comic to help young people in care to see better ways to deal with the conflict in their lives.  This was the task the Guardian’s Office set itself in September 2012.

Our first rule is to ask – and we did.  We listened closely and tried to engage with each of the young advisors, sometimes breaking into smaller groups to give the quiet ones a go.

And plenty of young people offered to talk to us.  A group of young people from Mount Barker started us off and were joined next time by a group from CREATE. Then we were invited to chat to the Noarlunga Nungaz who gave us and writer Daniel their insight into how they dealt with conflict situations.  We got some revealing insights and anecdotes and the first inklings of how we might use comic superheroes to tell the story.

Sometimes it is not easy to hear feedback and to be prepared to change or drop ideas if you are told you are not on the right track.  And the group had plenty to say about the details and a major change of character.

In early May we will revisit the Noarlunga Nungaz and incorporate their take on the plot and characters.

Then it will be scribble, scribble for Richard for a few weeks before the young people take their final look at a draft and have final sign-off.

After the most recent meeting, comic coordinator Jodie Evans said, ‘It can be a huge amount of work and take a long time to contact young people, pitch the idea to them and get them together for meetings.  But however long it takes, they are the experts and it is the only way to make sure you end up with a product that really works.’ 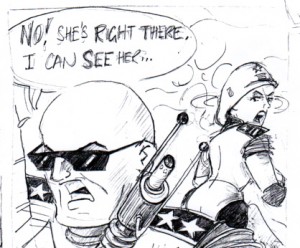 to the people at Families SA Mount Barker, CREATE SA and The Second Story at Christies Beach

and to the intrepid creatives Daniel Watson and Richard Dall.

The comic will go to press by the middle of the year and be distributed wherever there are young South Australians in care.