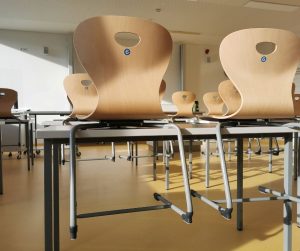 The number of children in care attending government schools has steadily declined since 2010, according to the Office of the Guardian’s latest education report.

Based on data provided by the Department for Education, our report, Children and Young People in State Care in South Australian Government Schools 2010 – 2020, found that in 2020 just over 56% of all students in care were enrolled in government schools.

What this data doesn’t provide is an insight into why this number has been declining for the last 10 years – could it be the remaining children in care attend non-government schools or are below school-age, or maybe a small number are non-identifiable for other reasons? This lack of data highlights the importance of reporting on data from the Catholic and Independent school sectors (data which is not currently collected). Without this, we do not have a full picture of the participation of children and young people in care, in education.

In our eighth education report of its kind – which provides a summary of the trends relating to children and young people in care who are attending government schools in South Australia – no NAPLAN data was supplied for 2020 due to COVID-19 causing the testing to be cancelled.

Here are the key findings from our 2020 report –

While the data reflects the numbers of children who were subject to Suspension, Exclusion and ‘Take Home’ orders within the reporting period, there is no data about the number of children who attend school for reduced (and sometimes significantly reduced) hours.

We believe that more work is required to better understand the circumstances of students in care attending government schools and how these children and young people experience and are supported to attend and thrive in government schools. Particular consideration should be given to –

Read the report in full.