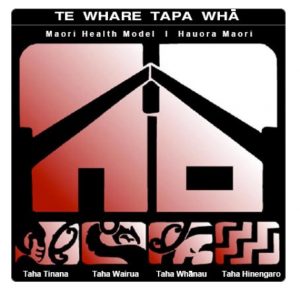 In 2017-18, half of the young people detained in the Adelaide Youth Training Centre were on remand, awaiting trial or sentencing.  Though not convicted of an offence, they are removed, often far, from family, community and culture adding to their stress and social dislocation and placing them into contact with young people already experienced in serious offending.

Faced with a similar situation, youth justice authorities in New Zealand have trialed a different approach.

Te Whare Awhi or ‘the home of support’ is a community-based remand home in Palmerston North in New Zealand’s north island. It opened in late 2017 and is one of five of its kind across the country. It provides an alternative to youth justice detention or police cells for young people on remand.

The intention is to create a safe home-like environment for young people going through the court process without taking them away from their community.

The length of stay depends on the circumstances, but the average is 30 days.

‘Taking them away from community strips them of everything…’

Mr Kuiti said this new approach sets residents up for a far more successful transition back to community.

‘Taking them away from community strips them of everything and then we’re left wondering why they fail,’ he said.

Initially, the remand homes were for young people on the lower end of the offending spectrum but they now house those charged with more serious offences for whom it is judged likely to be effective.

Before remand homes were established, there were few options for young people on remand. As in South Australia, young people were placed in youth justice detention because there was nowhere else for them to go.

The remand homes keep young people charged with minor offending away from more serious offenders and help prevent them returning to the justice system.

During their time in the remand homes, young Māoris remain part of the community. They’re encouraged to get involved with sporting clubs and other positive social activities and encouraged and supported to engage with education.

Kyle Kuiti said that initially communities were tentative when the remand homes were opened but now attitudes have changed.

‘When we do community projects now, the neighbours come in to give their support,’ he said.

New Zealand’s Māori young people are over-represented in the youth justice system, as are Aboriginal and Torres Strait Islander young people in Australia.

‘Everything we do is wrapped around culture…’

Mr Kuiti said incorporating Māori culture in youth justice is vital and that it’s at the centre of their practice.

‘Everything we do is wrapped around culture. Prior to this, we would talk about culture but we didn’t invest in it,’ he said.

The model envisages each of these as the four walls needed for the house to be strong. If one wall is weak or out of balance, the house is not stable.

Kyle Kuiti said this approach and model of care works with all young people, not just young Māoris.

‘We might just need to adapt it a little to fit with their culture. It’s not about trying to squeeze a family to fit into the model, it’s about working with them to make it fit for them.’

The remand homes are part of the community, not removed from it. Across New Zealand, iwi—Māori communities or extended kinship groups deliver a range of social services. Kyle Kuiti said it involves working with communities, rebuilding trust and connecting families with available services.

‘It’s about empowering communities to take care of themselves and working with families to determine their needs.’

‘We want to help young people realise they would rather be in communities than in a youth justice residence,’ he said.

The importance of a strong connection to culture

From observations and conversations with young residents, the Training Centre Visitor Unit  has stressed the importance of a strong connection to culture for residents of the Adelaide Youth Training Centre – and the New Zealand model has appeal.

‘Allowing young people awaiting trial or sentencing to stay close to their community in a homelike facility would mean they could maintain vital kinship and cultural connections,’ said Training Centre Visitor Penny Wright.

In May this year, New Zealand’s Office of the Children’s Commissioner conducted a review of Oranga Tamariki—Ministry for Children and looked at remand decision-making for young people and their whānau (extended family or local community of related families). Its recommendations include that Oranga Tamariki significantly increase the number of community-based remand and specialist care options and that these facilities be located close to whānau and staffed by people experienced in working with young people.