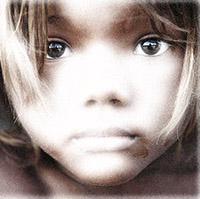 Of the approximately 3,600 children in state care in South Australia on 30 June, 2017, one third were of Aboriginal and Torres Strait Islander descent.

When the Guardian spoke to a gathering of Elders and other concerned people about the wellbeing of Aboriginal and Torres Strait Islander children and young people in the Murraylands in 2015, some very clear messages emerged.

There was a pervading sense of loss. Elders were saddened today by the loss to new generations, the loss of cultural knowledge, loss of language, loss of connection to family and to land.

Cultural connection included connection to other Aboriginal people (with whom they felt most comfortable),  to birth families, to extended families, to local clan groups and to languages and culture. Some spoke about finding connection or themselves and their young people through music, dance and art.

The  strength of the bonds in extended families, Elders told us, needed to be acknowledged and valued but also we needed to recognise that extended families sometimes didn’t have the material resources to look after even more children without some practical assistance.

Schools were identified as playing major part in the success of Aboriginal and Torres Strait Islander children. ‘Just one good teacher’ could make a great difference. But these opportunities were often wasted being only fragmented involvement of the school community in occasional one-off cultural events like NAIDOC Week instead of incorporation of Aboriginal history, language and culture into the mainstream education.

Basic work on culture was not done by many social workers, with Aboriginal children, we were told.Perhaps many lacked the knowledge and comfort with Aboriginal matters and the time, training and support from their organisations to develop the skills and the relationships needed.

Local solutions rather than broad policy settings had contributed to what success there had been for Aboriginal and Torres Strait Islander children.  Solutions that were generated in response to identified needs, that were collaborative efforts by interested parties with appropriate skills and experience, were actively supported by local Aboriginal leaders and had strong cultural themes in activities.

Talking to Aboriginal and Torres Strait Islander young people themselves, they often express regret about their separation from language, country and culture and about the barriers to reconnecting.  Perhaps the final word should go to the five young Aboriginal people in the short video made as a prelude to the meeting in 2015, Aboriginal Young People Speak.

PrevPreviousResidential care in SA – a quick tour
NextHow do NGOs see the state of coordination and collaboration in child protection?Next