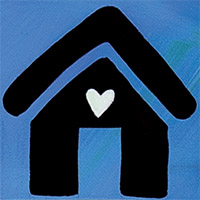 One of the greatest issues facing us when we remove children from their birth families is finding safe, stable and nurturing homes in which they can live.

In this three-part article we look at the problems identified in Commissioner Nyland’s October 2016 report and the Government’s response in December.

You can also download this article as a PDF.

In South Australia, children are cared for under three main systems, home based care  (which includes foster care and kinship care), residential care and emergency care.

In this article, we will look at home-based care; what Commissioner Nyland recommended in her and how the Government is responding.

Home-based care is thought by most authorities and researchers to be the best option for most of the children placed into state care. In recent years, however, the supply of families willing to foster children has not been able to keep up with the increasing numbers coming into care.  Changes in society in Australia and in similar countries around the world have meant that there are fewer families willing or able to foster children.

In her report, Commissioner Nyland was persuaded  that the poor treatment of foster carers by staff of the then Families SA, lack of clarity about roles and a lack of support for foster carers have dissuaded families continuing or becoming foster carers.

Commissioner Nyland made a range of recommendations designed to improve the skills, remuneration, support, rights and voice of foster carers, most of which were accepted or accepted in-principle by the Government in December 2016. These are the major changes.

Kinship care has grown rapidly in recent years and it was popular within Families SA because it promised an alternative to the declining numbers of foster placements available. It also offered the opportunity for children to maintain family connections, including recognising the significance of cultural connections for Aboriginal children coming into care.

As Commissioner Nyland revealed, though, the rush into kinship care has meant a lack of careful screening of many care placements and the lack of ongoing support to kinship carers once placements are started. Many children placed under fast-track interim registration processes have not had their situations reviewed. The result has been an increase in unsuitable and, at times, unsafe placements and increased numbers of placement breakdowns.

The breakdown of home-based placements is not just a numerical problem for the system. Each breakdown represents a significant crisis in the life of children who are frequently already traumatised.

The full paper A place to call home for children in state care is available for download.

PrevPreviousAustralian Children’s Commissioners and Guardians’ November 2016 meeting
NextWhat’s good – and not so good – in the draft child safety legislation?Next