Meeting the mental health needs of young people in care 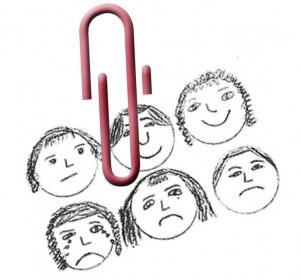 Last year our Office audited 60 case files from five Families SA offices to determine the unmet need for mental health services for children and young people in care.  A 2010 consultation with mental health professionals had suggested that the mental health needs of young people in care were not always being met. The audit did not examine the quality or outcomes of the intervention, only how needs had been identified and services provided to meet those needs.

The audit showed that the majority of children and young people whose files were viewed had received a service.  There was evidence of flexibility in service provision and, in half the cases, of therapists being prepared to stay with the client over a period of time.

Where needs were not being met it was for three main reasons.

Fifty four of the 60 children and young people had at least one mental health assessment completed but most of the assessments were made to inform court order applications and judicial decisions.  These addressed issues relevant at that stage of entry into care but did not comprehensively address the child’s social and emotional wellbeing or identify psychological conditions needing attention, set therapy goals and highlight risks.

There were long delays between assessment recommendations and the first service appointment, with a median delay of five months.  A small number were not referred at all while about a quarter had to wait for over three months for their worker to make the referral.  Adding to the delay, waiting times for first appointments were sometimes lengthy, with 38 per cent waiting between four and eleven months for a first appointment.

The audit also uncovered examples of effective cooperation. Qualitative data collected during the audit showed strong collaboration between case managers and mental health services in approximately one third of cases, although this was not documented in case plans.

While carer participation was frequently not evident and some carers actively blocked therapy, there were examples of carers engaging in therapy and, on occasions, sourcing therapy for children or themselves following agreement with case managers.

Since the Report was published, Families SA has developed a framework for the provision of therapy services to children and young people in care.  It promises to address waitlists and reduce the time between the identification of mental health concerns and service provision, enhance clinical assessment and match the child or young person to an appropriate service provider.  Under the framework new Families SA mechanisms will monitor the provision of therapy to children, advocate for them and cooperate with service providers in case planning.

Read the other findings and recommendations in the summary report on our website.

The release of the Office’s reports are always notified first on Twitter.