Children and young people in care in school 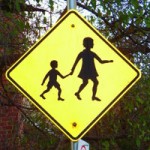 According to children, the benefits of going to school go well beyond their school grades.

Children in care say they like school because they make friends, learn new things, there is stability in the same places and faces and they are doing the same as everyone else their age.

Children in care are very capable and are ambitious to do well. Often though, they start behind the 8-ball and struggle to keep up. The education results for them as a group reflect this.

National Assessment Program – Literacy and Numeracy (NAPLAN) testing, which is carried out for children in years three, five, seven and nine, shows that children in state care are less likely to be ‘at or above the National Minimum Standard’ than the general school population.  Test results for children in care also tend to be in the lower proficiency bands.

One reason for this is that a significant number have learning difficulties.  One in three children in care are assessed by the Education Department as having a disability.  The biggest disability category is language and communication.  In 2010, 22.2 per cent of children in care at state schools had a language and communication disability, compared to the state figure of 6.1 per cent.  This is expected when you consider what is likely to have happened in their early years.

Some children will act up and be disruptive, particularly when they feel threatened, humiliated or anxious. In 2010, 10.1 per cent of children in care were suspended in Term 2 , compared to 3.0 per cent of the general school population., Only 12 students though were excluded.

Attendance at school is generally very good. There is historically little difference in the absence rates for children in care compared to the total school population and in 2010 the rates were the same.  Children in care with a disability are less likely to be absent than their peers with disability.  The same is true for Aboriginal and Torres Strait Islander students.

South Australia’s Strategic Plan includes the target to ‘Increase yearly the proportion of 15-19 year olds who achieve the SACE or comparable senior secondary qualification.’  As yet, the data on SACE completion rates for young people in care or who have been in care is incomplete.

The joining of education and child protection in the newly created Department for Education and Child Development (ECD) is an exciting opportunity to do much better at supporting children and young people in care to engage with formal learning and narrow those gaps in test results.

Young people who have left care, having achieved well at school, say that small things made a big difference.  Among other things, positive encouragement, a good relationship with their social worker, high expectations about attendance, support from their teachers and a special relationship with a mentor or role model really helped.  Birth parents’ interest and belief in education, despite in some cases the absence of parents, also made a difference.

More statistics on children and young people in the state education system can be found on the Guardian’s website.

Get the latest news on education and children in care on our Twitter feed.