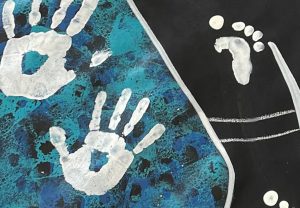 A new report summarising the trends relating to Aboriginal children and young people in the child protection and youth justice systems has raised concerns about the trajectory of some these vulnerable young people.

Based on data provided by the latest Productivity Commission Report on Government Services, the Office of the Guardian’s Snapshot of South Australian Aboriginal Children and Young People in Care and/or Detention from the Report on Government Services 2021 has reported the number of Aboriginal children in care is so high that this group now makes up 36.7% of all children in care although they make up only 5% of the population under 18 in the state. This means that just over one in every 11 Aboriginal children in SA is now living in state care.

“Aiming higher than the current target would benefit the whole community because of the significant cost of detention, at 32.3 times more per day than community supervision. This cost is even more concerning when almost all children and young people held in detention in SA are there on remand,” Penny said.

Alarmingly, the Guardian’s report has highlighted a gap between youth diversions for Aboriginal and non-Aboriginal alleged offenders is at its widest point since reporting began.

When police apprehend children or young people who may have committed an offence, they have a variety of options available. They can charge the child (and proceed to court) or they can use their discretion to divert them away from this potentially costly, time consuming and stressful situation (for both the child or young person and victim).

Diversions include actions to move children and young people away from the courts through formal cautioning by police, community, diversionary or family conferences and other programs (such as drug assessment/treatment).

“We need to be brave and take assertive steps to keep Aboriginal children and young people out of the youth justice system, and away from a path towards adult prisons.”

“Despite the Council of Attorney-Generals passing back the decision to raise the minimum age of criminal responsibility to individual states last month, SA needs to commit to significant reforms, such as raising the age to 14, and investing in culturally safe family support and early intervention, if we really want things to change for these young people and their families,” Penny said.

To view the report in full, download it here.