Call to governments to give OPCAT powers to oversight bodies 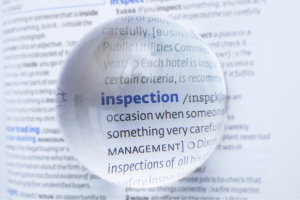 WARNING: the content of this blog may cause distress for some readers

You will all be aware of intense media and public interest in the current fraught situation in youth justice detention across Australia. Recent problems in Tasmania, Western Australia and the Northern Territory tells a terrible tale that is difficult to comprehend. Vulnerable children and young people, who have often lived through incredible trauma, have been deprived of their liberty, subjected to racism and physical and emotional abuse, and being left to feel alone, humiliated and hurt.

How could things get this bad?

How can governments and the community so badly fail them?

Why do we continue to tolerate the gross overrepresentation in custody of Aboriginal children and young people, those with serious psychosocial and neurodevelopmental issues, as well as those living within the child protection system?

My recently released Training Centre Visitor Annual Report discusses the 2021-22 situation in Kurlana Tapa Youth Justice Centre in some detail.  The report highlights my concerns about the safety and wellbeing of children and young people detained there. And, as raised in my office’s South Australian Dual Involved project’s final report released in July of this year, it discusses the lack of child-safe oversight when children and young people are held in police cells – an event that is sadly more common than we realised with children held in adult cells for undetermined periods of time. Yes, it happens here in South Australia; yes it happens here in our towns, our cities and our suburbs.

Which brings me to OPCAT. Have you heard about it? Did you know about it?

In 2017, the Australian Government signed an international agreement to undertake independent inspections of all places where people are detained. This agreement, the ‘Optional Protocol to the (United Nations) Convention Against Torture’, known as OPCAT, will come into force next month.

The aim of OPCAT is to prevent abuse or mistreatment of people who are detained in places like prisons, youth detention centres and police cells, or who are unable to leave areas like secure wards in hospitals or mental health or disability facilities.

Independent OPCAT oversight will monitor such places to ensure that detainees are treated in a respectful and humane way, that they are not subject to illegal deprivation of their liberty and do not experience breaches of basic human rights.

The OPCAT function is essentially the first line of protection to prevent the torture, illegal treatment and even death of people in deprivation of liberty settings. It is an essential part of a well-functioning and accountable system.

And, perhaps not remarkably, Australian governments have now been embarrassed internationally for failing to embrace this core human rights commitment.  A week ago in Geneva, the United Nations Committee Against Torture met and made its displeasure clear, stating that “the Committee is seriously concerned that the establishment of an independent, effective and well-resourced NPM network across all the jurisdictions of the State party [Australia] is not yet achieved. The committee is also concerned by the general lack of funding for those visiting bodies already set up across the country” as well as insufficient guarantees about our “functional and operational independence”.

With only 8 weeks left until Independent OPCACT oversight is meant to begin we are not ready, because the necessary work has simply not been done and completed.  My office continues to provide information and advice on proposals and the need for appropriate oversight function. This has been forth coming from my office from 2017 to this current day.

What now? Members of the National Preventive Mechanism (NPM) Network are so concerned that we have called on all Australian governments to

Please take the time to read our joint statement here.

Lastly, it is important to remember a few things: