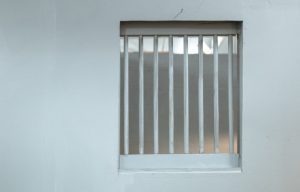 Staffing shortages and protocols aimed at limiting the spread of covid in 2021-22 have exacerbated the fraught environment at Kurlana Tapa Youth Justice Centre, according to the latest Training Centre Visitor Annual Report.

For the second year in a row, the TCV report has identified that conditions in Kurlana Tapa, including limited access to education, rehabilitative programs and health treatment, are taking a serious toll on the mental and physical health of the children and young people detained there.

Covid protocols, lack of staff and external providers unable to carry out their services (for example, education or programs) have led to an increase of ‘modified routines’ – when some or all aspects of daily planned routines are varied or cancelled on a given day. The general impacts of modified routines resulted in the children and young people spending more time alone in their rooms or inside their unit, and provided less opportunities to socialise with their peers and partake in recreational activities, as well as engaging less with rehabilitative programs and support services.

Concerned about these impacts, the TCV team monitored incidents of children and young people self harming, or at risk of self-harming. This rate doubled over the course of the monitoring period, to a point where we believe nearly 2 in 5 incidents at the centre involved a young person who self harmed or was at risk of doing so.

The report also raises concerns about access to both preventative and urgent health treatment, with examples including young people requiring surgery due to serious infections or not seeing a nurse or doctor after they suffered potential head injuries.

Other systemic issues reported in 2021-22 include:

Snapshot of children and young people in detention

In 2021-22, 292 individual children and young people were admitted to Kurlana Tapa across 759 separate admissions, the highest number of admissions since TCV reporting began in 2017-2018.

“We have serious concerns for the young people in Kurlana Tapa who are telling us that they feel depressed and angry about the conditions within the centre,” Training Centre Visitor, Shona Reid said.

“I acknowledge that operating and managing a service and care model in a youth detention centre is complex and challenging, but as a community we expect better than this.  Vulnerable, isolated, lonely and often traumatised children and young people deserve better. We should expect that the government looking after detained children and young people provides the care that best serves their rehabilitation, so when they re-join the community there is hope and opportunities that lead them away from further offending,” Shona said.

“Unfortunately, my 2021-22 Annual Report has shown there are very real concerns about the experiences of children and young people in Kurlana Tapa Youth Justice Centre. This is a system that is under severe pressure, and something must be done to invest its rehabilitative ‘care, treatment and control’ functions.”

*These form part of the ‘dual involved’ cohort who were the focus for the Final South Australian Dual Involved Project Report (June 2022).  The government has still not responded to the recommendations of this report.