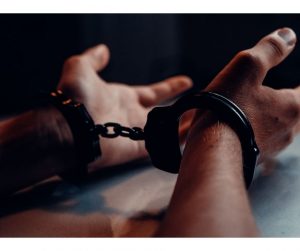 South Australia’s highly stressed child protection system is contributing to the criminalisation of children and young people in care, a new interim report from the Office of the Guardian has found.

“Through the ongoing work of our office, it became clear that there was a strong link between children and young people living in State care, particularly residential care, and being detained in Kurlana Tapa Youth Justice Centre,” Guardian for Children and Young People, and Training Centre Visitor, Penny Wright said.

As part of the project, we identified 51 dual involved children and young people who were detained in Kurlana Tapa on 124 separate occasions between 1 February – 31 July 2021. Of those:

It is also important to acknowledge that due to their common experience of significant trauma, including early disadvantage or neglect, factors arising from these experiences, such as dysregulated behaviours, disability and drug and alcohol misuse may have contributed to their involvement in the criminal justice system.

However, leaving aside individual characteristics, we wanted to delve deeper into any systemic factors that might be at play. By listening carefully to the young people we were meeting, could we identify common factors in their care experience that had contributed to their involvement? Understanding these factors creates the powerful potential for response and change.

It is noteworthy that children and young people living in family-based care have often experienced similar adverse childhood experiences to those in residential care but they are not as seriously over-represented in youth detention. One of the challenges for the project was to understand why. Genuinely hearing things from their perspective is an important part of answering this question.

Six months into the project we found that:

Here are some of the things children and young people told us:

“Cause eventually you are out there in the house like where you’re all by yourself and eventually it just gets too much … and you don’t want to return to return to your, the house so you end up doing a little crime and come back in here [Kurlana Tapa].”

“I’ve got everything [in Kurlana Tapa] that I wish I had on the outside… this place is so much better than being on the outside in those houses [residential care houses]. There’s no proper support to get you back to school and all that stuff.”

“I don’t feel safe for my future. I feel like I’m in a road that’s just going to go downhill every day.”

The final South Australian Dual Involved report will be released in early 2022.