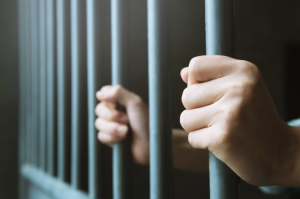 In 2017, the Commonwealth Government signed an international agreement to undertake independent inspections of all places where people are detained in Australia. The aim is to prevent abuse of people who are locked up in places like prisons, youth or juvenile detention centres and police cells, or unable to leave  areas like secure wards in hospitals.

This agreement is the ‘Optional Protocol to the (United Nations) Convention Against Torture’, but it is usually known as OPCAT. Now, four years on, there is a bill before the SA parliament to implement OPCAT, with arrangements to start in January next year.

People are generally detained for correctional purposes or for their rehabilitation or mental health. Most of these people have little power or voice, and some, such as children and young people, are particularly vulnerable.

Under OPCAT, bodies that are independent of government are empowered to oversee the treatment of people in detention, through visits and inspections, to help prevent torture and other cruel, inhuman or degrading treatment or punishment. These independent oversight bodies are called National Preventive Mechanisms (NPMs). The Training Centre Visitor (TCV) role is proposed to be the NPM for youth justice detention within South Australia.

The OPCAT bill is a critical opportunity to help prevent the sorts of damaging and distressing practices we have witnessed in South Australia where vulnerable people have been detained or restricted, such as those uncovered in the Oakden report.

The Office of the Guardian has provided feedback on earlier drafts of the OPCAT Implementation Bill to try to ensure that it is OPCAT-compliant. We have also consulted with other stakeholders who have expertise and experience in this area, including academics and other oversight agencies.

OPCAT sets out fundamental principles (called ‘articles’) that help guarantee the independence of NPMs. It is crucial that these are met to ensure NPMs will be in a position to do their work effectively and fearlessly.

We believe that the current bill before Parliament still requires the following fundamental changes if OPCAT is to be truly effective.