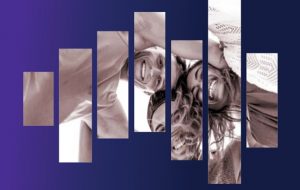 A new report from CREATE Foundation is calling for the care system to rethink the idea of ’leaving care’. This comes after the report found few improvements have been made to young people’s experiences in transitioning from care in the past decade.

Findings from the 325 young people with a care experience who were surveyed, from across Australia, found the biggest issue young care leavers faced was a lack of support post-care. 50% of young people surveyed were able to stay with their carer after they turned 18, but for those without this continuing network of support, only 20% felt ‘reasonably supported’ and 36% experienced homelessness in their first year of independence. Young people on their own are also more likely to be unemployed and have contact with the youth justice system.

According to the findings, the ability of young people to thrive post-care is influenced by the quality of their care experience, with stable relationships and environment being critical to achieving this. Young people in stable placements are more likely to be involved in creating a meaningful transition plan, and to receive continued support, both financial and emotional, from their care network.

Sadly, the report finds that instability in care is the norm, with 70% of the young people stating they were not consulted about changes to placements, and over half stating their reason for being absent from placements was from ‘feeling unloved, unhappy, unheard.’ Only 36% knew of an official plan for their future, 33% had little or no involvement in the creation of a plan, and about half found their plan ‘unhelpful’.

During CREATE’s online launch of the report last week, three young people shared their experience transitioning from care. Emily (22) said she was well supported during care but on the day of her final high school exam her finances were ‘cut off’ and she found herself suddenly needing to independently support herself and her young son. Andre (24) stated he had no long-term transition plan and when he aged out of his residential care placement, a place he called his ‘family’, he found himself alone on the streets. Contrastingly, Adina (24), who grew up in a single placement with ‘support networks all around her’, spoke about how her mentors empowered her to follow her ambitions and complete university. ‘My foster carers became my family… a place I can always go back to,’ she said.

CREATE asks us to consider ‘why do we still expect young people who leave OOHC to be independent, when mainstream young people are supported to be interdependent?’ The last decade has seen Royal Commissions, inquiries, and changes to the child protection system to achieve better outcomes for children and young people leaving care, yet the evidence shows these outcomes are remaining the same.

With this in mind, it is time for us all to rethink the idea of ‘leaving care’ and start helping young people transition from care to interdependence through continued supports and access to opportunities well beyond their 18th birthday.