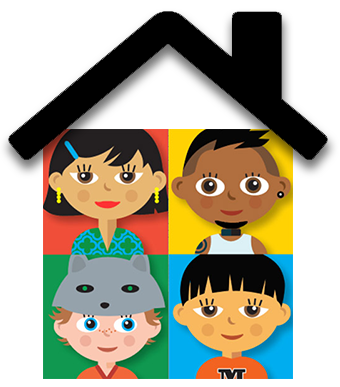 When we take children[1] into the care of the state, a prime responsibility is their safety.

We have matched comments about safety given to the Office of the Guardian by children during our monitoring visits and advocacy with those from the December 2016 Royal Commission paper Safe and Sound.  There were overwhelming similarities.  In this article we blend the two sources to consider the questions ‘do children feel safe’, ‘when do they feel safe’ and ‘what would they suggest to make things safer?’

How safe do children feel in residential care?

Residents often feel unsafe in residential care. Bullying and harassment are common. Adolescents report that they are frequently worried by the threat of sexual harassment and assault. Older residents say that the impact of witnessing violence, self-harm and the abuse of fellow-residents, leaves them stressed and feeling unsafe.

Children generally think it is unlikely that they would be abused or harmed by a worker, although a small number report that they have encountered or heard about abusive staff. Some are concerned by the behaviours of ‘creepy adults’ and those who try to create inappropriate and overly-familiar relationships with them. Children assess how safe workers are based on their past experiences of abuse, by watching the adults’ behaviours and by how other residents act around them.

Many children describe residential care as feeling unsafe due to its instability and frequent changes of staff. Some relate times when they were moved to less safe residential care placements for no reason than that other young people could take their rooms.

When do children in residential care feel safe?

Children feel safe in a placement that is home-like and where young people feel welcome.  They like it where things feel ‘normal’ and where adults look out for them.

They want to see that organisations and workers take a resident’s safety seriously, that they are interested and take measures to protect them.

They feel safe when there are cordial relationships with their fellow-residents and workers, and that there are other supportive relationships, such as with a social worker or teacher, with people outside of the unit.

Stability and predictability are important.  Children need to know what is going to happen, and that any difficulties with fellow-residents can be resolved.  Routines, reasonable rules and an opportunity to have a say in decisions give them confidence and sense of control.

They believe that when they are safe, children and young people feel relaxed and calm and are less likely to be aggressive and to harm each other.

Younger residents tend to value security measures such as locks on doors, surveillance equipment and alarms.  In contrast, for older residents, these measures reinforce their sense that residential care is not home-like and is unsafe.

How could we make things safer?

Find more suitable care arrangements, particularly for those who are younger and more vulnerable and make better placement decisions that allow residents to have a say in how they are matched with other residents. Treat residential care as a long-term arrangement and make sure that changes are kept to a minimum.

Train staff about the things that can harm children and their vulnerabilities, particularly their inexperience about sexual relationships and exploitation.  Have sufficient numbers of properly trained staff so that they have the time to develop relationships, are around and have the time to watch out for threats.

Train staff to take on parent-like responsibilities for protecting residents from harm.  Get staff to discuss with residents the risks and how to keep themselves safe. Get staff and residents to work together to identify safety risks and develop ways of dealing with them. Staff need to take the initiative in enquiring after residents’ safety because it is easier for staff to ask residents if they are being harmed rather than waiting for them to report it. Try to create an atmosphere where there are positive relationships between residents where young people can look out for each other.

Staff need to be prepared to listen when residents raise concerns and to be understanding and patient, even when the issues do not seem important at first.  Residents need to be informed that it is OK to raise an issue, what sorts of issues to raise and how to do it.  Make sure that it is safe to do so and that they will not suffer retribution.

A lot of the time it can feel like nothing happens [when an issues is raised] or it gets lost or stuck in the system… No matter what, [issues] should be followed up by someone and the young person should be kept in the loop with regular communication.

The Child and Young Person’s Visitor Scheme that is hosted in the Office of the Guardian is now well under way and we look forwards to presenting more of the views of children and the state of the system in future articles.

[1] We use the term ‘children’ to include children and young people up to the age of 18 years. We use terms such as ‘adolescent’ and ‘pre-teen’ to refer to specific age ranges within that group.