Collaboration survey results – The views of Government and NGOs 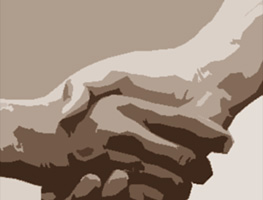 This week we look at how perceptions of collaboration and cooperation in child protection differ between government organisations and NGOs.

Given that collaboration should occur ‘frequently’ or ‘always’  in no areas did more than half of Government or non-Government respondents report that this was the case.

NGO respondents rated collaboration and cooperation much lower that Government respondents most significantly:

Government and NGO respondents agreed on a number of areas where levels of cooperation and collaboration never occurred or were not normal.  These included:

Communication between stakeholders is paramount in finding workable support and solutions… we just need to drop the walls and get on with the job holisicly!

We have excellent support from CAMHS staff and Residential care, also fabulous support from My Youth Health Nurse who visits regularly to assist young people. There has been an improved interaction between agencies and DCP to assist Aboriginal young people in care.

There is extreme variation of quality and quantity of collaboration and coordination between individuals and agencies involved in the care and protection of children and young people. In my area, it is of particular concern that there is such poor communication between DCP and other government agencies (principally DECD), as well as the NGO sector with regard to the training and development of DCP staff, workforce planning and aligning practice between DCP and non DCP workers who are charged with similar roles in the child protection system. Not only in this poor management and support of the workforce, it contributes to inconsistencies in knowledge, skills and practice and thus poorer outcomes for children and young people.

I work in child and adolescent mental health and part of my role is to work across the system for the purpose of creating or strengthening scaffolding for the child or adolescent and their carers. My experience is that when workers across the systems work collaboratively and cooperatively with each other the outcomes for the child ?? and carers can be positive in numerous ways and is heartwarming. Obviously this doesn’t always happen for many reasons, much of which I believe is work overload and insufficient supports for many workers leading to a stressed system and a lack of education and deep understanding of the effects of trauma and abuse on young people. However the system also has a band of many experienced and dedicated workers in all areas who support the strengthening of the system in the course of doing their jobs. Thanks for the work and role your organisation plays ??

This to me is still a huge area for practice development. It is too often the case that the systems around the child are the ongoing contributor to the complexities and anxiety placed on the child in care. It is clear through the many commissions that change is critical in collaboration and coordination, however I fear that the changes occurring are a result of a tick-boxing exercise and are not occurring in the spirit of collaboration and coordination across the sector.

Government departments frequently consult with stakeholders but it’s often shallow and doesn’t appear to have impact on decisions and policy. At the most basic level, care team planning for children in OOHC doesn’t have happen. Carers and NGOs are not respected and asked for input once decisions are made.  DCP have no idea of, or commitment to, real co-design or partnership.

**Comments have had minor proofing changes. Some comments have been edited for brevity and to minimise repetition.