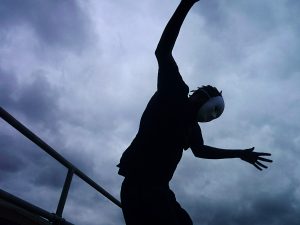 The oversight of the South Australia’s Youth Training Centre will be energised by the Australian Government’s ratification of the Optional Protocol to the Convention against Torture and Other Cruel, Inhuman or Degrading Treatment or Punishment (OPCAT).

This coincides with work in South Australia on Youth Justice Administration Act 2016 initiatives such as the Training Centre Visitor program.

Recent revelations of the abuse of young people in the Don Dale Youth Detention Centre and the treatment of other young people in detention centres across Australia, are likely to have been a catalyst for the Government’s decision to ratify.  Last year Australian citizens were shocked to view footage showing young men being tear-gassed, spit-hooded and shackled in the Northern Territory’s youth detention system. This triggered the Royal Commission into the Protection and Detention of Children in the Northern Territory and Commonwealth Attorney General George Brandis suggested the scandal may not have occurred if better oversight bodies had been in place.[1]

“When a person is detained in prison, a mental health facility, anywhere, they remain human…Protecting their basic dignity is just as important as it was before their detention.”[2]

In 2009, Australia became a signatory of OPCAT, the aim of which is to prevent mistreatment and promote humane conditions in detention by establishing systems for independent monitoring and inspection.

But ratification is a much greater commitment.

Ratification will make the treaty binding on Australia, and will apply to all places of detention including prisons, police cells, juvenile and immigration detention and secure mental health and disability facilities.

Australian Children’s Commissioner Megan Mitchell said, ‘We must ensure that we foster a culture of care in our youth justice systems, that is grounded in respect for human rights and the best interests of children and young people.’

Implementing OPCAT will require Australian governments to permit visits from the United Nations Subcommittee on the Prevention of Torture and Other Cruel, Inhuman or Degrading Treatment or Punishment to any place of detention within Australia.  It will mandate the establishment of an independent National Preventative Mechanism and identify suitable independent inspecting bodies to conduct inspections of all places of detention.

Ratification will include a requirement in law to undertake regular preventive visits to specified places of detention.

The Commonwealth Ombudsman in collaboration with the states, territories and other relevant parties, will be in charge of coordinating inspections and oversight in Australia.

South Australia has already made a start in looking at protections for young people in youth detention with the passage of the Youth Justice Administration Act 2016 in and the adoption of the Youth Justice Administration Regulations 2016.  Among other things, the Act provides for additional sentencing options for young offenders, a charter of rights for young people in youth justice detention and directs the establishment of an official Training Centre Visitor scheme.

Taking on the role of Training Centre Visitor, Guardian Amanda Shaw says that the Guardian’s Office will be very involved with the OPCAT process in this state.

‘The Office is looking forward to working with the State and Commonwealth Governments over the next few months to ensure that the full range of OPCAT protections are extended to young South Australians,’ she said.

For a detailed look at OPCAT in Australia read the recently released discussion paper published by the Australian Human Rights Commission.