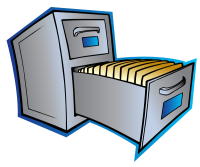 Record keeping can be seen as just another chore, the domain of archivists concerned with keywords and disposal schedules or a tedious administrative task for overworked caseworkers.

But for people who have spent a significant portion of their life in the care of institutions, official records can assume a huge significance as they try to craft a personal history and an identity from fragmented memories.

Children who grew up with their families might ask a family member ‘how did you wrap me as a baby’,  ‘why did you pick that school for us’, ‘how old was I when I got my first tooth’ or ‘can we look at my kindy book?’  They might trawl shoeboxes of old photos or swipe through an iPhone to look at pictures.  They might see certificates of their achievements displayed on the walls of their home alongside pictures of special holidays or treasured relatives.  They might uncover birth certificates in bottom drawers or in the backs of filing cabinets alongside old x-rays and school reports.

For children who have been in care with little access to these kinds of resources, formal records can hold large parts of the story of their lives, sometimes the only way to fill in key pieces of the puzzle.

But organisations are not always good at keeping records.

Record keeping has been historically biased towards text, such as case plans, file notes and reports. We often ignored the rich life-information that waited to be interrogated in the photographs, documents and memorabilia that also surrounded a child.

Record keeping is not always sensitively done, either, allowing that records may later be read by the very people who were once their subject. Children and young people are seldom asked to contribute to their own records.

Record keeping historically has been mostly concerned with the needs of the organisation, to record what was needed to conduct the business, rather than considering the future needs of the child.

And records are not always complete. Important conversations are not noted and the reasons for life-changing decisions are sometimes scantily recorded or not recorded at all.

Even when records have been made, the documents have not always been treated with a level of care consistent with their future value to children.  Many older records have been misplaced or damaged in fire or floods.  A presenter at the recent Setting the Record Straight for the Rights of the Child national summit observed cynically that one particular organisation seemed especially prone to flooding.

Where records are made and survive, we are not always good at providing access to them to people who have been in care.  Although the right to access their records is now guaranteed in jurisdictions across Australia, people who have tried to access them have not always found it easy. There can be considerable work involved in preparing and presenting records, and some organisations have tried to avoid that work by refusing or delaying requests for access.

Where records are provided, they are frequently redacted, that is, sections are blacked out with the intention of protecting the privacy of third parties. While protecting third parties is laudable, redaction has been inconsistent, sometimes being light and at other times removing so much of a record that it conveys very little of use.

But simply handing over records to a former client does not end an organisation’s responsibility. Presentation of records should be done in a way that assists the recipient to deal with their contents practically and emotionally.  Records frequently need to be interpreted.  Helping a person to understand the context for a record can be all-important to them constructing a cohesive story around the events that are recorded. Records will frequently trigger emotions or reawaken trauma and having skilled staff on hand to help is also the responsibility of the record keeper.

‘…knowing who you are and your history’ is one of the rights enshrined in the Charter of Rights for Children and Young People in Care.  It is based on the understanding that a respectful, comprehensive and vibrant archive of a child’s history can be central to developing a strong identity with lifelong benefits to happiness and wellbeing.

Much more than a dull chore.

The Guardian’s publication ‘Child sensitive record keeping’ is a useful download if you or your organisation is considering how well you manage records.

This article first appeared in the Guardian’s Newsletter in May 2017.

PrevPreviousWhat’s been done – March to May 2017
NextCoordination and collaboration survey, 2017Next