Go to your room! – the use of seclusion in youth detention 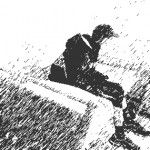 In some households at some times, giving a child time-out in their room may be a good solution.  It makes the parents’ point in a non-violent way and it imposes a modest and temporary penalty.  It allows time for emotions to cool. When the child returns to the family setting, there is the opportunity to revisit the issue and start resolving it, with luck, in a calmer frame of mind.

To a child in one of Australia’s youth detention centres, seclusion (also known as separation, segregation, isolation or solitary confinement, depending on the jurisdiction) is quite different.  Most children entering youth detention are already traumatised before they arrive.  Many have a history of of abuse and neglect at home or being in state care.  They are further stressed by their contact with the youth justice system followed by their removal to a secure environment. Being put in seclusion, even where the removal is not physical, is another isolating act in the life of a child where deprivation and isolation may well have been the norm..

And the door is locked..

The traumatised state of many detained children means that they will sometimes resort to violence. Removing them to somewhere where they cannot harm themselves or others can be the only option.  Some also argue that the use of punishments (often called consequences) is necessary to maintain order and to train the recipient into a better way of behaving.  This claim is on less solid ground. The literature of trauma shows it is more likely that forcible confinement will reinforce a traumatised child’s view of the world as a harsh, arbitrary place and, perversely, perpetuate the anti-social behaviour that is their response to it..

They would do this by addressing the situations, behaviours and attitudes that led up to children being in detention. By combining disempowerment and deprivation, seclusion is a powerful punishment – but poor therapy. Seclusion should be used minimally and instances of its use should be diligently recorded and monitored to make sure that the wellbeing and rehabilitation of the child remains the central reason for its use. Where seclusion fails to address a child’s undesirable behaviour it should not be taken as a prescription for even more seclusion.  From a rehabilitation perspective, each incident that leads to seclusion can provide insights for skilled workers into the child’s state of mind and incorporated into a proper therapeutic response..

This is most true in closed institutions, especially where insufficient properly skilled staff or unsuitable facilities can make it seem like the only viable option. Children in seclusion for long periods risk missing out on important socialisation, education and recreation opportunities. Strict protocols governing the use of seclusion, diligent monitoring and careful recording of instances of seclusion are needed to safeguard children in a situation where their rights and freedoms are already curtailed..

Detained children have little or no voice and so are easy to put at fault. If the widespread use of seclusion has failed to curtail generalised antisocial behaviour in a youth detention centre then one should question its effectiveness. There is the opportunity and responsibility to initiate new approaches drawn from a wide range of positive and proven ideas about the rehabilitation of child offenders from around the world.1

.So seclusion of children can  be part of a response to dangerous, disruptive or antisocial behaviour in youth detention centres but its widespread and inadequately monitored use can be an indicator of a poor social climate and anti-therapeutic practice that undermines the community’s goal of returning socially adjusted, law abiding children to society.

Transforming Youth Custody in the UK